With a storied career in service – both in politics and in the U.S. Army – and experience as a NASA payload specialist, newly-appointed administrator Bill Nelson is in a unique position to lead.

In his first month in the role, he is pushing what he says is one of the most ambitious and aggressive science budgets in agency history, making strides in exploration with missions both in space and on Earth.

The White House’s spending proposal to Congress included a request of more than $24.8 billion for NASA in the 2022 fiscal year, with a 9% funding increase to its science division.

In an interview with Fox News on Thursday, Nelson said that the introduction of “highly-sophisticated instruments” like the three-dimensional climate modeling Earth Observatory System would “go beyond just weather” for the betterment of the planet.

In addition, the former Florida senator touted advancements in commercial spaceflight, noting that the way NASA operates has “already changed” because of companies like Elon Musk’s SpaceX and Jeff Bezos’ Blue Origin.

“What we found is the commercial activity and low Earth orbit has been substantial and it has been very successful,” he said. “The delivery of cargo and crew where NASA gives a fixed price contract – no cost overruns – to a commercial company to deliver, in this case, cargo and/or crew to the International Space Station, has been extremely successful and safe, I might add.”

Now, the 78-year-old says, the question is regarding what the role is for commercial companies other than the relationship the organizations have “always had” with NASA: development, tech and research under a NASA spearheaded program.

Nelson pointed out that the highly-anticipated Artemis Program’s human lunar lander demonstration marked an important step in the evolution of the relationship between NASA and commercial companies like SpaceX.

In this photo provided by NASA, Administrator Bill Nelson speaks during his first major address to employees, at the agency’s headquarters in the Mary W. Jackson Building in Washington on Wednesday, June 2, 2021. He spoke about the plans for future Earth-focused missions to address climate change and a robotic and human return to the Moon through the Artemis program, as well as announcing two new planetary science missions to Venus – VERITAS and DAVINCI+. (NASA/Bill Ingalls)

In April, SpaceX was awarded the coveted $2.89 billion contract for the development of the first commercial human lander that will land the first woman and first person of color on the moon in 2024.

However, NASA later suspended the contract after commercial rivals Blue Origin and Dynetics – which were also in the running – filed protests over the award.

The Government Accountability Office (GAO) has opened an investigation into the issue that is slated to conclude by Aug. 4.

That said, the administrator noted that people have “been energized by what they see,” spotlighting SpaceX launches to low Earth orbit.

“People have really been amazed at what the commercial sector has done and make it cheaper for NASA. Because, these are contracts that are negotiated and they are a fixed price,” he said.

While progress has been made in the commercial sector by partnering with NASA, billionaire leaders like Musk and Bezos have their own ideas as well.

Recently, Musk has told reporters about his goal to make the human race a “multi-planetary species.”

NASA’S VIPER ROVER TO LOOK FOR WATER, RESOURCES ON MOON

When asked if there was weight to Musk’s idea, Nelson did not mention the Tesla co-founder by name. Instead, he made reference to the agency’s upcoming telescope project: thought to be a successor to the beloved Hubble Space Telescope.

“At the end of October, we’re going to put up the next space telescope called James Webb. And, it is going to peer back in time – now, you won’t believe the number, but this is true – 13.35 billion years. And, it’s going to capture the light shortly after the Big Bang. And, in cosmic terms, that’s about 150 million years after the Big Bang,” he said.

“In other words, it’s hard for me to think that this cosmos is that big. There are so many worlds and suns and solar systems and galaxies that we have never discovered. Is there a circumstance elsewhere in a cosmos that big that there’s another sun and another Earth revolving around that sun?” asked the administrator. “The possibilities are limitless.”

“And so, as we continue to expand out, not only with our telescopes, not only listening for any sign of intelligent message, not only with human exploration further out added to our robotic exploration, this is fulfilling our destiny as an American people. Our character, in our DNA, is that we are always pressing a frontier,” said Nelson. “And, that’s what makes it so exciting to be at this agency and I suspect that’s why this agency is considered the most popular federal government agency or department that there is.”

With the promise of fantastic and wonderful mysteries on the metaphorical horizon, the future of exploration lies at NASA and in Nelson’s hands.

But, it’s also very much a team effort. 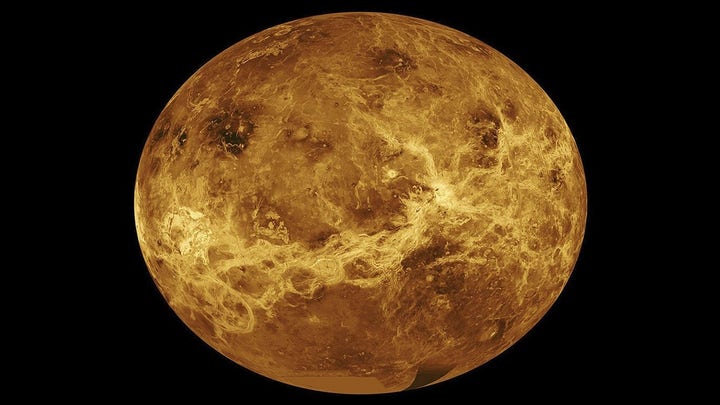 In many ways, the International Space Station (ISS) has served as a reminder of that endeavor.

However, Earthbound political posturing has recently impacted the zero-gravity “Switzerland.”

Russian officials said the country would withdraw from participation at the ISS in 2025, shortly after announcing Roscosmos would partner with CNSA (China National Space Administration) to construct a lunar research facility.

CNSA has already sent up parts for its own permanent station – and its debris made a dangerous, uncontrolled reentry in May.

“We have over 18 countries that are participating with us on the International Space Station. Russia built the station with us. I want Russia to continue what has been an incredible cooperation in space between two countries that, on the ground, are often butting heads,” he said, adding that he hopes space will “continue to be the venue” for international cooperation with “someone who otherwise is one of our competitors and whose government does not necessarily get along with our government.”

In that same vein, the administrator asserted that his agency is “the opportunity for politically partisan warring factions” in the U.S. to “come together and cooperate.”

“You have seen, when it comes to NASA, most [Republicans] and most [Democrats] love NASA. And, they understand it’s not only a bipartisan agency but it really is nonpartisan,” he said. “Why did my confirmation go through so quickly? Indeed, everybody loves NASA.”

“And so, what I see is this little agency can be one of the beacons of how we can cooperate in order to get something done, which ought to be a pretty good example to the rest of government,” he concluded. “You better start cooperating.”

Biden, Putin to meet in Geneva with US-Russia relations near…

Body of missing US student Catherine Serou found in Russia