President Biden’s administration is planning for a possible Russia invasion of Ukraine but is confident that Russian President Vladimir Putin “got the message” during diplomatic talks, Biden’s deputy press secretary told reporters Wednesday.

“The U.S. and our European allies will impose significant and severe economic harm on the Russian economy,” Jean-Pierre stated. 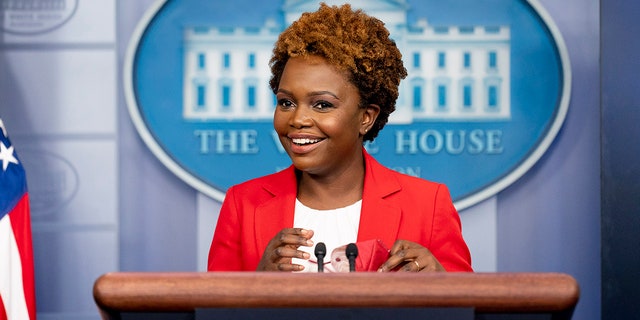 BIDEN-PUTIN CALL: ANALYSTS SAY US PRESIDENT MAY STILL HAVE A CHANCE TO DERAIL UKRAINE INVASION

The president’s threats have so far been nonviolent, alluding to economic sanctions and boycotts to pressure Russia into relenting in its campaign against Ukraine. According to Jean-Pierre, “the U.S. is not currently considering using unilateral force to confront Russia.”

However, the deputy press secretary added, “We are preparing for all contingencies as we have for weeks now.”

Jean-Pierre hammered on Biden’s seriousness in his threats against Putin, emphasizing the president’s view that a “global democratic recession” is the “challenge of our times.”

Biden and Putin spoke about the rapid buildup of Russian troops on the Ukrainian border Tuesday in a diplomatic virtual meeting.

U.S. allies and international groups widely condemn Russia’s aggression toward the Ukraine and have threatened similar economic sanctions if Ukraine is attacked.

Meduza is you Almost 80,000 people have donated to keep this…

Back to Massachusetts Businessman responsible for Kremlin’s…

Germany urged to use pipeline threat to deter Russia over…