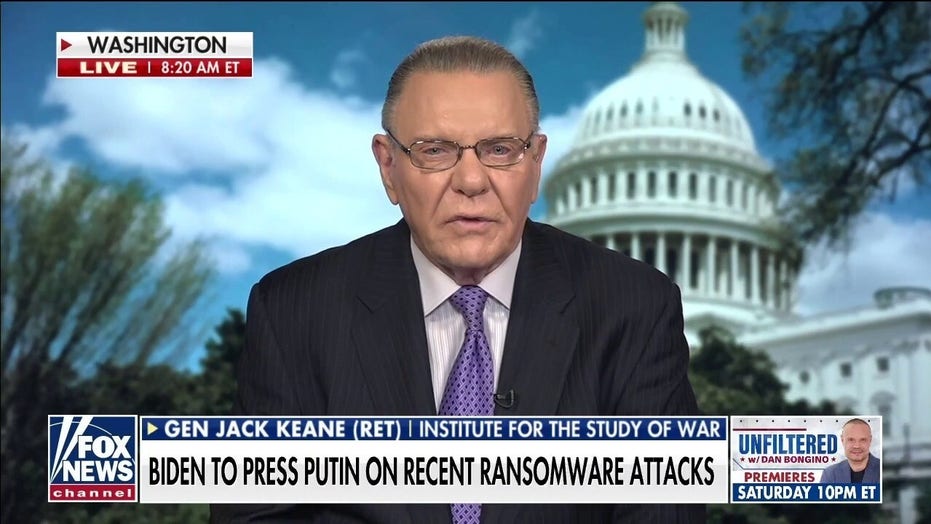 GEN. JACK KEANE: Certainly, calling out Putin and holding him accountable for this has not taken place yet. That’s step one. Do it publicly and also do it privately. Step two, is go on the offense, as you suggest. We should direct Cyber Command, which has our offensive cyber capability. They used it during the 2018 elections that the Russians were trying to undermine and also in the 2020 elections, and we’ve been told publicly that it was successful.

They should attack the cyber-infrastructure of these criminal organizations, shut them down temporarily, but if we continue to persist in doing it, it’ll eventually become a deterrence because every time they pull the trigger, we shut them down and that will have an impact on them and then we should sanction them.

This taking down our utility grid on the East Coast, we should sanction Russia’s oil and gas industry and the people involved in it, hurt these guys in their pocketbook. That needs to be done.

The last thing is we need some legislation to incentivize these private firms to harden their defenses, particularly those who are supporting our critical infrastructure, as we saw with the pipeline, and we got to have a better exchange between the private sector and our government…sharing data and information right away. 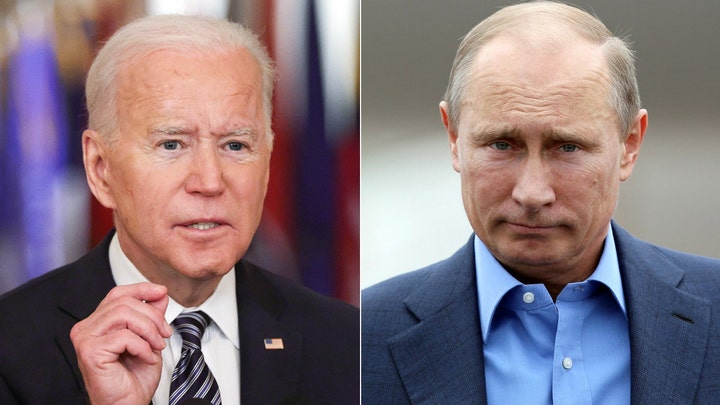 ‘Mockery Of The Games’: U.S. Official, Swimmers Intensify Feud Over…

The big picture: vodka and sunshine in southern Siberia, 1993