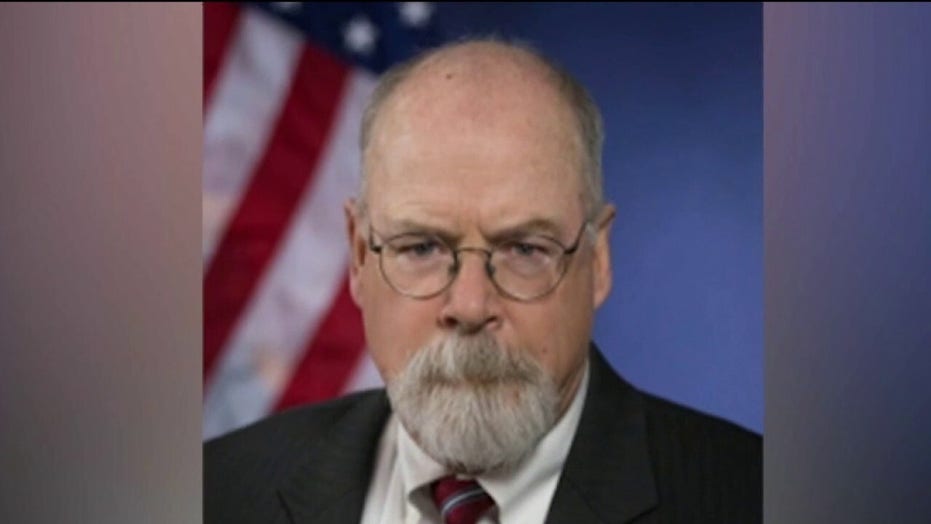 Special Counsel John Durham, appointed during the Trump administration to examine the origins of the FBI’s 2016 Russia probe, is presenting evidence to a grand jury and preparing a lengthy report expected to be completed in the coming months, according to people familiar with the matter.

Mr. Durham’s review, which began in May 2019, has led to one prosecution to date and has gone on longer than the two-year tenure of special counsel Robert Mueller, who in May 2017 took over the investigation into Russian interference in the 2016 election.

Mr. Durham has been examining potential criminal charges against several lower-level Federal Bureau of Investigation employees, and people who aren’t in government, according to people familiar with the matter. Mr. Durham was also expected to deliver a report by the end of this summer, though that target is likely to be pushed back, some of the people said.

The special-counsel regulations required Mr. Durham to have reported on the status of the investigation and submitted a proposed budget by July 1 for the next fiscal year that begins in October. Attorney General Merrick Garland could then determine whether the investigation would continue and establish the budget.

A Justice Department spokeswoman declined to say whether Mr. Garland has decided to allow Mr. Durham’s probe to continue beyond September or approved a budget for the next fiscal year, citing a policy of not commenting on ongoing investigations. In May, the Justice Department disd that the Durham investigation had spent around $1.5 million between October 2020 and March.

Mr. Durham’s investigation is the third to review the FBI’s actions in the Russia probe, following overlapping inquiries by Congress and the Justice Department’s internal watchdog, who found numerous problems with the way the FBI sought to monitor a former Trump campaign adviser. The one case Mr. Durham has brought, against a former FBI lawyer who was sentenced to probation earlier this year after pleading guilty to altering a document used in that surveillance, was initially referred by the inspector general.

Prosecutors working for Mr. Durham have focused on people outside the FBI who provided information that helped fuel the 2016 investigation, the people familiar with the matter said. Prosecutors are examining whether those who provided the information knew it was false at the time, and what the FBI subsequently did with it, some of the knowledgeable people said.

For example, some of these people said, Mr. Durham has asked questions about evidence related to allegations that a Trump Organization server was secretly communicating with Russian bank Alfa Bank. The FBI investigated those claims in 2016 and concluded by February 2017 there were no such links.

Prosecutors appear to be pursuing a theory that if people passed along information they knew to be false to the FBI directly, or if they passed it on to others who later shared it with the FBI, it could be considered lying to the federal government, the people said.

Former officials said such a case would be an unusual one for prosecutors to pursue.

“The further you get from the direct statement to investigators, like a statement made to a third party, the harder it is to prove that the statement was made knowingly and intentionally in order to impede the investigation,” said Ari Redbord, a former federal prosecutor.

Mr. Mueller’s investigation didn’t establish a conspiracy between the Trump campaign and Russia’s efforts to interfere in the election. But the inquiry ultimately led to the convictions of a half-dozen senior Trump advisers, several of whom admitted to misleading investigators about their contacts with Russian officials or intermediaries, and the indictment of two dozen Russian citizens, including Russian intelligence officers. The former president later pardoned several of his former advisers, and the Justice Department dropped charges against another, former national security adviser Michael Flynn.

Mr. Barr in October converted Mr. Durham’s post to special counsel, giving him job protections to last into the Biden administration. His report is expected to be long and detailed, with few sweeping conclusions, some of the people said. If Mr. Garland decides to release it publicly, such a report would add to the lengthy public record that has surfaced to date both through the prior investigations and a series of books about how the U.S. government in 2016 approached allegations that Russia was trying to help Mr. Trump win the election. Moscow and the former president have both denied the allegations.

Mr. Trump had expressed frustration that Mr. Durham didn’t deliver any of his findings before last year’s presidential election, driving a wedge between the president and Mr. Barr. Democrats have dismissed the inquiry as a politically motivated fishing expedition, and Mr. Durham’s longtime associate left the probe over concerns about Mr. Barr’s management of it, The Wall Street Journal previously reported.

The FBI’s investigation first began with a tip from an Australian diplomat, and was fueled in part by allegations compiled by former British spy Christopher Steele, who was paid by Mr. Trump’s opponents. Mr. Durham has focused on other sources of information to the FBI, the people familiar with his inquiry said. A lawyer for Mr. Steele didn’t respond to an email seeking comment.

Beyond the role of outside tipsters, Mr. Durham’s investigation examined how the FBI first came to open the investigation, as well as a separate 2017 U.S. intelligence report that concluded Moscow interfered in the presidential election in part to help then-candidate Trump.

Mr. Durham’s team isn’t expected to bring any criminal charges in connection with that intelligence assessment, some of the people said.

Fools have no future in Russia Meduza’s response to the…