Discredited anti-Trump Steele dossier was embraced by liberal media: Here are five of the biggest offenders

Special Counsel John Durham’s investigation into the Trump-Russia probe has further discredited the infamous Steele dossier, which provided the roadmap for the liberal media to paint the former president as compromised by the Kremlin and even a possible sexual deviant.

Durham indicted Russian national Igor Danchenko, who is believed to be the sub-source for former British intelligence officer Christopher Steele, who compiled the dossier.

Danchenko pleaded not guilty Wednesday to making false statements about the source of information that he provided to Steele for the dossier – but the damage was done long ago, as pundits on MSNBC, CNN, reporters at major newspapers such as The New York Times and Washington Post, and countless other news organizations heaped credibility on the dossier for yeras.

Here are five of the biggest offenders.

MSNBC’s biggest star relied on the dossier for so much content that Steele probably deserves a writing credit on “The Rachel Maddow Show.”

Maddow routinely insisted “pieces” of the dossier had checked out back when the entire thing was completely unverified. She dedicated so much of her programming in 2017-2019 to hyperventilating over whether or not Trump colluded with Russia that ex-MSNBC host Krystal Ball slammed her former colleague in 2019 when the Special Counsel Robert Mueller’s testimony began to debunk Maddow’s favorite narrative.

“Rachel Maddow, you’ve got some explaining to do,” Ball said on her former show “Rising.”

Washington Post media critic Erik Wemple has written a series of columns calling out members of the media who pushed the bogus dossier. Back in Dec. 2019, Wemple penned a column headlined, “Rachel Maddow rooted for the Steele dossier to be true. Then it fell apart,” which came out nearly two years before Durham further discredited it.

Maddow even seemed to dismiss the severity of the new revelations when the Durham indictments continued to undercut her favorite narrative. Journalist Drew Holden recently called her the “vociferous cheerleader of the Steele dossier,” noting she “hyped it at every turn.”

Maddow was hardly the only figure at MSNBC to boost the dossier, with others such as Nicolle Wallace and Chris Hayes also touting it or at least claiming it was not “disproven.”

“The dossier on its face is still considered an unverified document compiled by British Intelligence officer Christopher Steele based on raw Intelligence. To date, none of it has been disproven, and whole big parts of it are holding up,” Wallace said in 2018.

The website best known for listicles and pop culture quizzes provided liberal news outlets with endless anti-Trump fodder when it first published the dossier on Jan. 10 2017. The article headlined, “These Reports Allege Trump Has Deep Ties To Russia,” admitted the claims were “explosive but unverified” and BuzzFeed ran with it anyway.

“The dossier, which is a collection of memos written over a period of months, includes specific, unverified, and potentially unverifiable allegations of contact between Trump aides and Russian operatives, and graphic claims of sexual acts documented by the Russians. BuzzFeed News reporters in the US and Europe have been investigating various alleged facts in the dossier but have not verified or falsified them,” reporters Ken Bensinger and Miriam Elder wrote.

“Now BuzzFeed News is publishing the full document so that Americans can make up their own minds about allegations about the president-elect that have circulated at the highest levels of the US government,” the Buzzfeed reporters continued.

BuzzFeed noted the dossier had “circulated for months and acquired a kind of legendary status among journalists, lawmakers, and intelligence officials.”

BuzzFeed’s decision to publish the dossier rocked the journalism industry, with many Trump critics praising the outlet and other media watchdogs condemning it as reckless.

CNN reported in Jan. 2017 that then-President-elect Donald Trump was officially briefed on what came to be known as the Steele dossier.

CNN reported in Jan. 2017 that then-President-elect Donald Trump was officially briefed on what came to be known as the Steele dossier.

Once CNN published its report, BuzzFeed decided Americans needed to see it for themselves.

CNN’s initial report even noted that then-senior Trump adviser Kellyanne Conway dismissed the dossier as “unverified and untrue,” but the liberal network ended up spending years promoting it anyway.

Officials like national security analyst Steve Hall and anchor Anderson Cooper stated it was “not” discredited or disproven in their coverage of it in 2017 and 2018. Anchor and ex-Obama official Jim Sciutto relentlessly defended the dossier, repeatedly saying it was “corroborated” and at one point calling it “not bogus.”

New York magazine’s Jonathan Chait penned a December 2017 article headlined, “The Steele Dossier on Trump and Russia Is Looking More and More Real,” which detailed the crudest elements of the anti-Trump report.

Chait noted the lewd sexual claims had not been proven before saying that “hardly settles the question” of whether or not the dossier was legitimate.

“As time goes by, more and more of the claims first reported by Steele have been borne out. In general, there is a split between the credibility afforded the dossier by the mainstream media and by intelligence professionals. The former treat it as gossip; the latter take it seriously,” Chait wrote. “Unverified private reporting should not be taken as gospel truth, and no doubt some of the tips Steele picked up are false. But we should probably be giving far more weight to the possibility that the darkest interpretation of Trump’s relations with Russia is actually true.”

Chait has also spent ample time defending the dossier on Twitter, frequently writing things like “maybe the dossier is real” and “dismissive coverage hangs on the assumption [former Trump attorney] Cohen is more credible than Steele. That is not a solid assumption.”

Mayer’s piece was titled, “Christopher Steele, the Man Behind the Trump Dossier,” with the subhead “How the ex-spy tried to warn the world about Trump’s ties to Russia.” The lengthy story poo-pooed conservative pundits who felt the dossier was a partisan smear and essentially dismissed that Clinton’s campaign helped fund it in the first place.

Mayer explained how Steele’s family was middle class with blue-collar roots, fawned over his prestigious education and examined his time working for the Secret Intelligence Service. 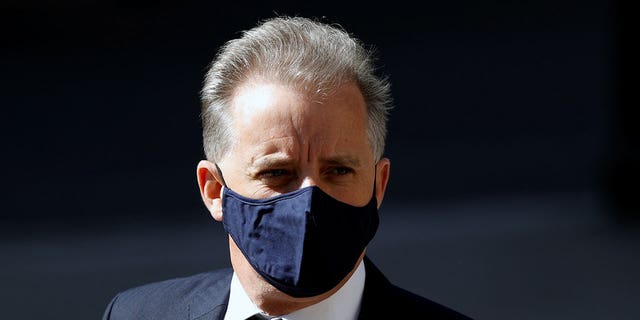 “Even before Steele became involved in the U.S. Presidential campaign, he was convinced that the Kremlin was interfering in Western elections,” she wrote, noting that Steele’s sources felt Trump could be “easily blackmailed” because of “perverted sex acts” that took place in Russia.

Many of the alleged “perverted sex acts” landed in the dossier.

“The credibility of Steele’s dossier has been much debated, but few realize that it was a compilation of contemporaneous interviews rather than a finished product,” Mayer wrote. “Regardless of what others might think, it’s clear that Steele believed that his dossier was filled with important intelligence.”

The profile of Steele helped legitimize the dossier in the eyes of many liberal pundits who worship legacy publications such as The New Yorker.

“It’s too early to make a final judgment about how much of Steele’s dossier will be proved wrong, but a number of Steele’s major claims have been backed up by subsequent disclosures,” Mayer wrote.

In July 2018 Mayer tweeted, “Steele’s opposition to Trump was based on his investigation, which unearthed alarming, and myriad ties between America’s future president and Russia’s corrupt rulers. Calling that a bias is like saying the FBI is biased against crime.”

In July 2020, the aforementioned Holden accused Mayer of being “one of the media personalities at the forefront of pushing the validity of the dossier” and the New Yorker scribe responded.

“Steele’s overall thrust was that Russia was trying to interfere in the 2016 election,” Mayer wrote. “And about that he was absolutely right, correct?”

Fox News’ Brooke Singman and Joseph A. Wulfsohn contributed to this report.

‘The Sledgehammer Has Come Down’: Outrage, Dismay As Russia Moves To Shut Down Its Oldest Human Rights Group

The Real Russia. Today. Ukraine’s chances against the…

The Guardian view on high energy prices: buffer stocks can…