CUBES AND COLUMNS: PALLADIANISM IN RUSSIA AND BRITAIN

As part of Open House Festival 2021 Pushkin House are delighted to welcome Professor Alexei Leporc, curator of Western European art at the Hermitage Museum in St Petersburg, to speak at their first hybrid in-house event. Professor Leporc will join live via video-link from Russia, speaking to an interlocutor at Pushkin House in London, in front of a live and in-person audience. 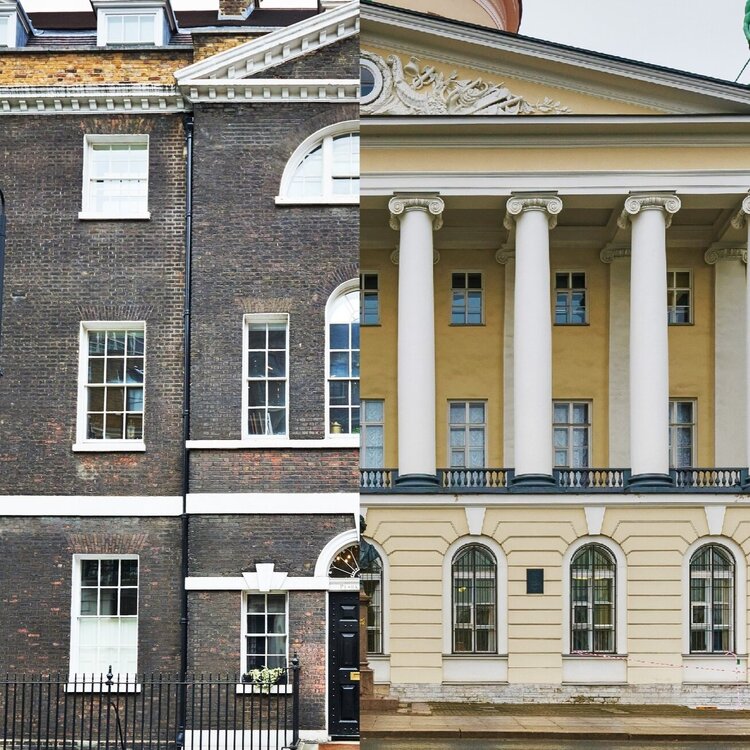 Professor Leporc is one of Russia’s foremost experts on architecture, and will be elucidating the influence of Palladian architecture in Britain and in Russia, where the classical-inspired style took on its own Russian flavour.

Professor Alexei Leporc is a Curator at the department of Western European Art and Keeper of 19th- and 20th-century prints at the Hermitage Museum in St Petersburg. He was Professor of 15th- to 20th-century West European art and architecture at St Petersburg European University from 1999-2006, teaching before that at the Technical University in St.Petersburg. He has held research positions at Institutes of Art History in Vienna and Munich, lectured at the Universities of Munich, Lancaster, Bangor, at the Royal Geographical Society, and the Courtauld Institute among others. His publications are devoted to George Minne, Francis Bacon, Oskar Kokoschka, Maggi Hambling, and a wide range of contemporary architecture.

Neglected and then persecuted The modern history of gender…

‘Act like you have the passion’ How advertisers in Russia…

‘He had a bad feeling’ Ukrainian police launch murder…

Ukraine says evidence points to Russia being behind…

Russian Policeman Who Resigned Over Treatment Of Protesters…