“While we are still finalizing the format for the meeting with President Putin and his delegation, we can confirm a few details, including the plan for both a working session and a smaller session, as well as a solo press conference by President Biden following the meeting,” a White House official said.

Biden’s meeting with Putin will happen Wednesday and be the culmination of his Europe trip. Biden before then is participating in summits with the United Kingdom, the G7, NATO and the European Union.

Biden did a bilateral press conference with French President Emmanuel Macron on Saturday morning and did the same with United Kingdom Prime Minister Boris Johnson Thursday. 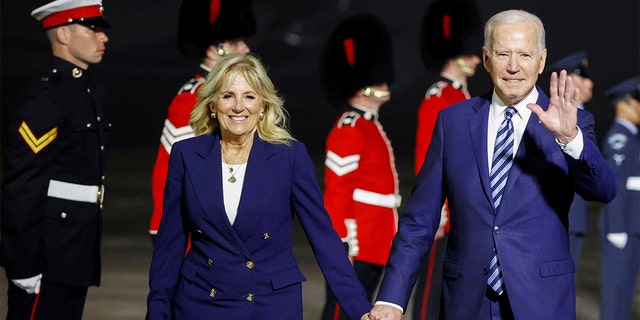 Joint press conferences are often used to show unity between foreign leaders. Biden said “We’re on the same page” in his conference with Macron Saturday. But the White House alluded to the simmering tensions between the U.S. and its geopolitical rival Russia in its statement on the solo press conference Saturday.

“We expect this meeting to be candid and straightforward and a solo press conference is the appropriate format to clearly communicate with the free press the topics that were raised in the meeting—both in terms of areas where we may agree and in areas where we have significant concerns,” the White House official said.

“We’re under no illusions that this is going to be an easy relationship,” a senior administration official said in a background call with reporters Saturday, regarding the U.S.-Russia relationship.

“The President has been very clear in two phone calls now with President Putin that, perhaps unlike some of his predecessors, he is not going to simply elide or gloss over the differences that we have; he’s going to take them on with candor and directly,” the senior administration official said.

Biden’s meeting with Putin comes at an extraordinarily tense time for the relationship between the two countries. Among the points of contention are arms control; Russia’s ambitions in Eastern Europe; cyber-security and Russian criminals allegedly behind recent ransomware attacks on American companies and infrastructure; sanctions; the health of imprisoned Russian dissent leader Alexei Navalny; and more.

In this file photo taken on Wednesday, Feb. 5, 2020, Russian President Vladimir Putin, right, and the new U.S. Ambassador to Russia John Sullivan shake hands during a ceremony to receive credentials from newly appointed foreign ambassadors to Russia in Kremlin, in Moscow, Russia. Sullivan said he was heading home for consultations and would return to Moscow in the nearest weeks. (AP Photo/Alexander Zemlianichenko, Pool, File)

WHITE HOUSE SAYS BIDEN-PUTIN MEETING NOT A ‘REWARD’ FOR RUSSIA

Putin in an interview with NBC News Friday called Biden a “career man” in politics who is likely to provide stable decision-making, but also said U.S.-Russian relations have deteriorated to their “lowest point in recent years.”

“That’s a different kind of person, and it is my great hope that yes, there are some advantages, some disadvantages, but there will not be any impulse-based movements, on behalf of the sitting U.S. president,” Putin told NBC.

The Russian president also snapped at anchor Lester Holt when asked about the litany of his political opponents who have died through various means in what most consider politically motivated assassinations ordered by Putin. He said of Holt’s question on the topic: “This looks like some kind of indigestion except that it’s verbal indigestion. You’ve mentioned many individuals who indeed suffered and perished at different points in time for various reasons, at the hands of different individuals.”

Ahead of shutdown, journalists from VTimes promise to create new media outlet

When It Comes To Election Fraud, Not All Russian Regions Are…

Biden invites Russia to a summer summit in Europe amid…