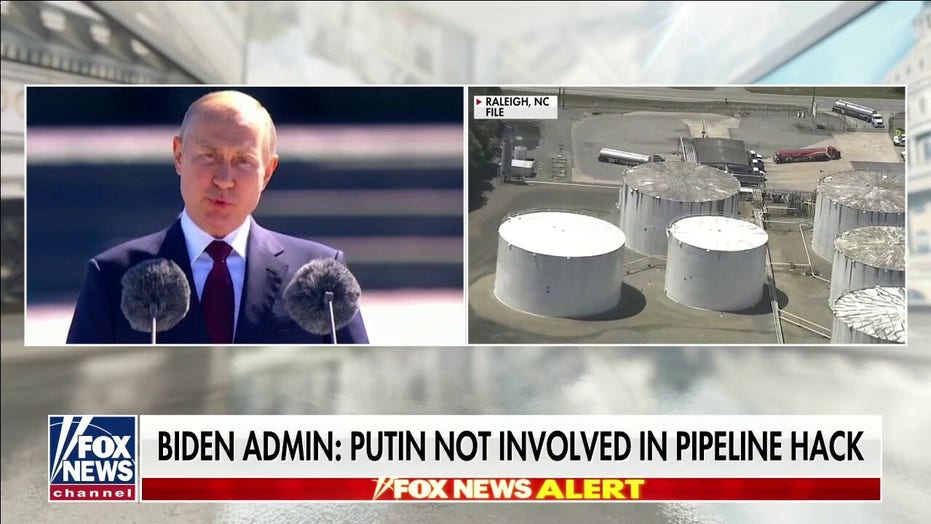 President Biden and Russian President Vladimir Putin are expected to meet in Geneva next month, the White House announced Tuesday, maintaining that the meeting will serve as a tool to manage what will continue to be a deeply challenging relationship between the U.S. and Russia.

The meeting is expected to take place on June 16, when Biden and Putin are slated to discuss issues like Iran and North Korea’s nuclear capabilities, Syria, the Arctic, strategic stability, arms control, climate change, COVID-19 and more.

The meeting will take place next month while Biden is already in Europe, a source familiar with the arrangements explained to Fox News. The source said Biden will meet with Putin after meeting with G-7 allies, so that he can understand their concerns and perspectives on Russia.

The source said no significant agreements should be expected from the meeting between the two leaders, but it instead would serve as an opportunity for Biden and Putin to engage on intentions, plans and perspectives.

The source, though, said Biden intends to send a clear, unequivocal message to clarify U.S. intentions, while warning of a U.S. response to certain types of Russian activities.

The source underscored the importance for Biden to be able to engage with Putin directly to manage what they described as a difficult and complex relationship, and describing the meeting as a vital part to protecting American interests.

The president, within a week of taking office, spoke to Putin over the phone, at Putin’s request. During the call, a source familiar said that Biden told Putin he would like to meet in person.

Biden, last month, speaking with Putin over the phone, he proposed a summit – suggesting it take place in a third country – outside of the United States and Russia. At the time, the White House said Biden “made clear that the United States will act firmly in defense of its national interests in response to Russia’s actions, such as cyber intrusions and election interference.”

“President Biden emphasized the United States’ unwavering commitment to Ukraine’s sovereignty and territorial integrity,” the White House said last month. “The President voiced our concerns over the sudden Russian military build-up in occupied Crimea and on Ukraine’s borders, and called on Russia to de-escalate tensions.”

During the call, the two also discussed the intent of the U.S. and Russia to pursue a “strategic stability dialogue on a range of arms control and emerging security issues” to build on the extension of the New START Treaty, according to the White House. The START Treaty enhances U.S. national security by placing verifiable limits on all Russian deployed intercontinental-range nuclear weapons. The treaty began on Feb. 5, 2011, and according to the State Department, the U.S. and the Russian Federation have agreed to extend it through Feb. 4, 2026.

But the White House has said that the administration’s goal is to have a “predictable and stable” relationship with Russia.

“Our approach to Russia is one where we expect the relationship to remain a challenge,” White House press secretary Jen Psaki said last month, adding that the administration is “prepared to confront” what they expect to be “difficult conversations,” but said that the “goal” is to have a relationship that is “predictable and stable.”

The in-person meeting for Biden and Putin comes after a tense back-and-forth earlier this year, with Biden warning that Putin would “pay a price” following a declassified report from the Office of the Director of National Intelligence which contained evidence of attempted Russian interference in the 2020 presidential election.

Biden has sought to pressure Russia though economic sanctions, imposing penalties last week on Russian companies and ships for their work on a natural gas pipeline in Europe, though the Biden administration spared the German company overseeing the project – leading to frustration from both Republican and Democratic lawmakers.

And last month, the Biden administration imposed a raft of new sanctions on Russia for its attempted interference in the 2020 election and a Kremlin-linked cyberattack that penetrated multiple federal agencies.

The measures sanctioned 32 entities and individuals who sought to influence the outcome of the November election last year under orders from the Russian government. The White House also expelled 10 Russian diplomats working in Washington, including some intelligence officers.

The U.S. also said it would sanction “five individuals and three entities related to Russia’s occupation of the Crimea region of Ukraine and its severe human rights abuses against the local population.”

The Kremlin denied any involvement in U.S. elections or the SolarWinds computer hack, which began last year when malicious code was snuck into updates to popular software that monitors computer networks of businesses and governments. The malware, affecting a product made by U.S. company SolarWinds, gave elite hackers remote access into an organization’s networks so they could steal information.

Biden informed Putin of the sanctions in advance of issuing the measures, explaining why they were imposed, a source familiar said. 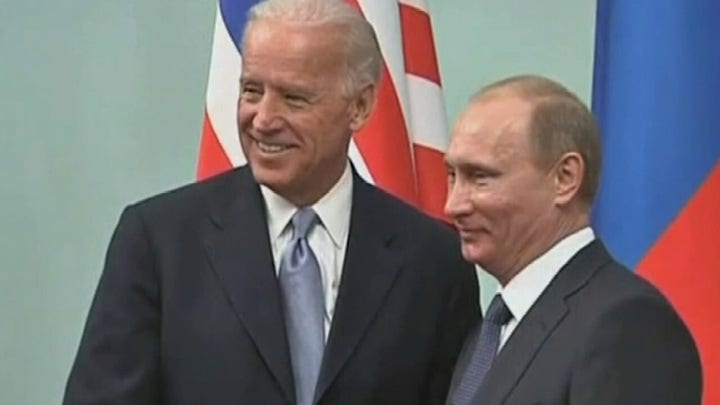 At the time, Russian Foreign Ministry spokeswoman Maria Zakharova warned that “such aggressive behavior will undoubtedly trigger a resolute retaliation.”

“Washington should realize that it will have to pay a price for the degradation of the bilateral ties,” Zakharova said, adding that “the responsibility for that will fully lie with the United States.”

That raft of sanctions came after the Biden Administration, earlier this year, sanctioned seven mid-level and senior Russian officials, along with more than a dozen government entities, over a nearly fatal nerve-agent attack on opposition leader Alexei Navalny and his subsequent jailing.

Meanwhile, aside from sanctions, Biden had also agreed during an interview whether he thought Putin was a “killer.”

“I do,” Biden replied during the interview with ABC News’ George Stephanopoulos.

Putin responded by saying, “It takes one to know one.”

Following those comments, Putin told reporter in Moscow that he wanted “to invite President Biden to continue our discussion, but on the condition that we actually do it live.”

“But with no delays, directly in an open, direct discussion,” Putin said, suggesting they hold the live conversation that weekend, adding that as the world’s two leading superpowers, he thought the dialogue would prove interesting for the American and Russian people, as well as for the international community.

“We are ready any time that is convenient for the American side,” Putin added.

The White House turned down the invitation for a “live” public conversation, with Psaki saying the president was “quite busy” that weekend.

Meanwhile, the Kremlin, in March, said Putin’s offer was intended to prevent bilateral ties from completely falling apart. Putin made it clear that “it makes sense to have a talk to maintain Russia-U.S. relations instead of trading barbs,” and he wanted to make it public to help defuse tensions over Biden’s “very bad remarks,” said his spokesman, Dmitry Peskov.

Russia recalled its ambassador to the United States following the president’s remarks.

Joe Biden to meet Vladimir Putin in Geneva on 16 June

How bitcoin and Putin are enabling the ransomware crime…

US and Russia working toward Biden-Putin summer summit