The White House has placed a temporary hold on a military aid package for Ukraine that included an arsenal of lethal weapons, according to a report Friday.

The package is valued at as much as $100 million and could have included an assortment of weaponry, including anti-tank missiles and air defense systems, Politico reported, citing sources familiar with the matter. The proposed shipments were a response to concerns about the Russian military massing troops near the country’s shared border with Ukraine earlier this year.

Members of the National Security Council froze the planned shipment after Russian officials withdrew some troops from the area. An estimated force of more than 100,000 Russian troops was massed near the border prior to the drawdown, according to multiple reports at the time.

While the aid package is frozen, an official told Politico that the weapons could be quickly sent to Ukraine if necessary. The Pentagon previously approved two aid packages valued at $275 million this year. 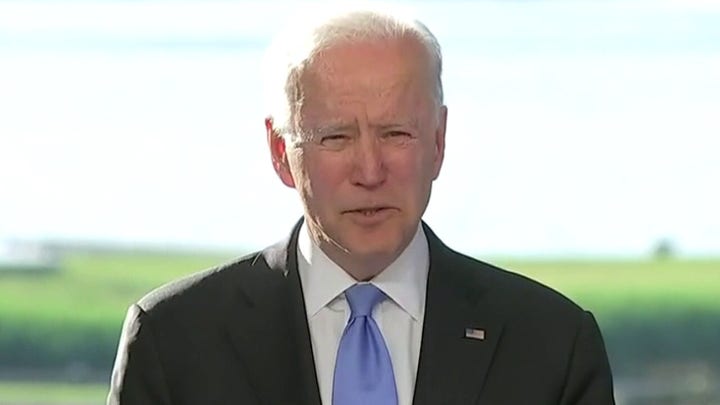 White House press secretary Jen Psaki later issued the following statement: “The idea that we have held back security assistance to Ukraine is nonsense. Just last week—in the run-up to the U.S.-Russia Summit—we provided a $150 million package of security assistance, including lethal assistance. We have now provided the entire amount appropriated by Congress through the Ukraine security assistance initiative … We have also prepared contingency funds in the event of a further Russian incursion into Ukraine. As President Biden told President Putin directly, we will stand unwavering in support for Ukraine’s sovereignty and territorial integrity.”

The White House has provided resources and support for Ukraine in recent years amid clashes between the Ukrainian military and Russian-backed separatists forces in the border region. Russia has long denied having an active military presence within Ukraine’s borders.

The decision not to move forward with the $100 million aid package drew criticism from Sen. James Risch of Idaho, the ranking Republican member of the Senate Foreign Relations Committee.

“It was past time to provide more for Ukraine’s defense when Putin began amassing his troops on its border,” Risch recently told the Washington Post. “His drawdown should not have triggered a drawdown of U.S. support.”

Russia’s actions toward Ukraine were a key source of contention ahead of President Biden’s summit meeting with Russian President Vladimir Putin. Earlier this week, Biden said Ukraine has not met the criteria required to join NATO. He called on the Ukrainian government to crack down on corruption within its ranks.

At the same time, Biden pledged to bolster Ukraine’s efforts to resist Russian aggression in the region.

“They have more to do, but that does not justify – the fact they have more to do – Russia taking aggressive action, either in the Donbas or on the sea or in any part of Ukraine. We’re going to put Ukraine in a position to be able to maintain their physical security,” Biden said.

‘It has to be today’ Transcript from secretly recorded…

The Memorial File: Voices From The Past That Putin’s…

The Week In Russia: Strategy And Tactics —…

Watchdog Says One Year After Jailing, Navalny And His…