Англицизмы или Американизмы — не новая тема в русском языке. (English and American English loanwords is not a new topic in Russian). However, it is one thing to hear about it on the news, for example when a Russian politician calls to ban English loanwords from the Russian language. It is a completely different story when you pick up a magazine in the lobby and cannot finish an article without at least one English word, sometimes not even transliterated! I used to think rant posts with titles ‘the most annoying English loanwords in Russian’ were just that, but this time, it hit too close to home. 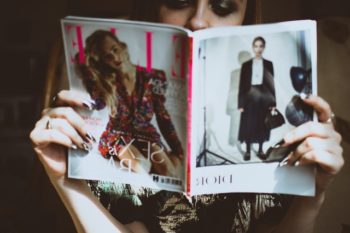 The descriptivist in me was ecstatic to see how the Russian language bends these new linguistic additions to the Russian morphological rules but another part of me despised the laziness of copy-pasting trendy English buzz words in every other Russian sentence! I mean, do we really have to say “поговорим о челленджах студенческой жизни” when one could say the normal “поговорим о трудностях студенческой жизни” (let’s talk about the challenges of being a student).

I went over all that new English slang that caught my eye in the aforementioned fashion magazine and noticed a few patterns. First of all, buzz words of the fashion world were reinforced through hyphenated chimeras such as ‘party-наряд’, ‘statement-украшения’, ‘bad-бой’, and every combination of ‘fashion-то’ and ‘beauty-это’ (Fashion-ликбез, Fashion-душа, Fashion-предпочтения, Beauty-уход, Beauty-индустрия, Beauty-мир, Beauty-новинки). Similarly, flashy uses of ‘мастхэв’, ‘контент’, ‘вайб’, and my least favorite, ‘экспириенс’ were a big but annoying presence! Secondly, some words were just left in English for no apparent reason. ‘Мы со своей dream-team журнала’, ‘самый завидный холостяк ever’… What’s wrong with дружная команда instead of ‘dream-team’ and saying самый завидный холостяк в мире in place of ‘ever’? Or the most confusing one, where they said “no limits” when the ‘безлимитный’ is already a very familiar Russified English loanword. What’s the point of using creatively adapted loan words if we substitute them with the originals? Lastly, I present to you the two verbs that made me furious: “коммуницировать” and ‘френдзонить’. While I could defend why ‘to friendzone someone’ is kept as is, I only have resentment towards ‘коммуницировать’ in a published article that received editor’s approval. 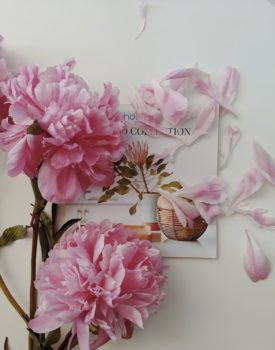 As the days went by, the Baader-Meinhof phenomenon (or the frequency illusion phenomenon) kicked in and I was hearing and seeing English loanwords in every Russian conversation and media platform. Even my parent’s home was not a safe place anymore since my Russian speaking parents now prefer to use ‘рандомно’ instead of the perfectly acceptable “случайно”.

Borrowing words from English is not a new or a necessarily bad thing by any means. That is how languages evolves — by giving and taking! Moreover, borrowing English words and bending them to the rules of the Russian language has been standard practice. For example, the English “ok” is usually pronounced as an abrupt (‘ок’ sounds like Spock’s name from Star Trek without the ‘sp’ part) as opposed to the ‘окей’.

I understand, Russian magazines and social media platforms need to be trendy, so it makes sense that English loanwords бытуют на страницах глянцевых журналах уже не одно десятилетие (frequent the pages of glossy magazines for more than one decade). Think of the word ‘одеколон’ (perfume) — every other magazine page is an ad for that product but this now-familiar Russian word is just a Russified ‘eau de cologne!’

My point is — we should choose the words we borrow wisely and judiciously, especially when these words are meant to shape how young people engage with something as personal and intricate as style. The most ironic thing about it all was how the majority of the articles kept going on and on about the rich Russian culture and how we should embrace our Russian roots through fashion and support successful and up-and-coming Russian designers all the while filtering it through non-Russian words. But what are words if not the suit of armor of your inner world? 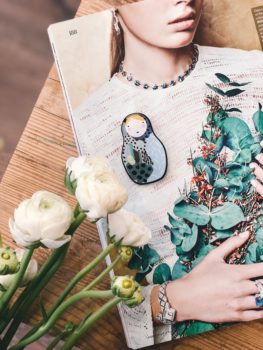 Russia To Increase Gas Supplies To Europe Starting Next…

Gazprom Theatens To Cut Off Gas To Moldova In 48 Hours

German police arrest Briton on suspicion of spying for…