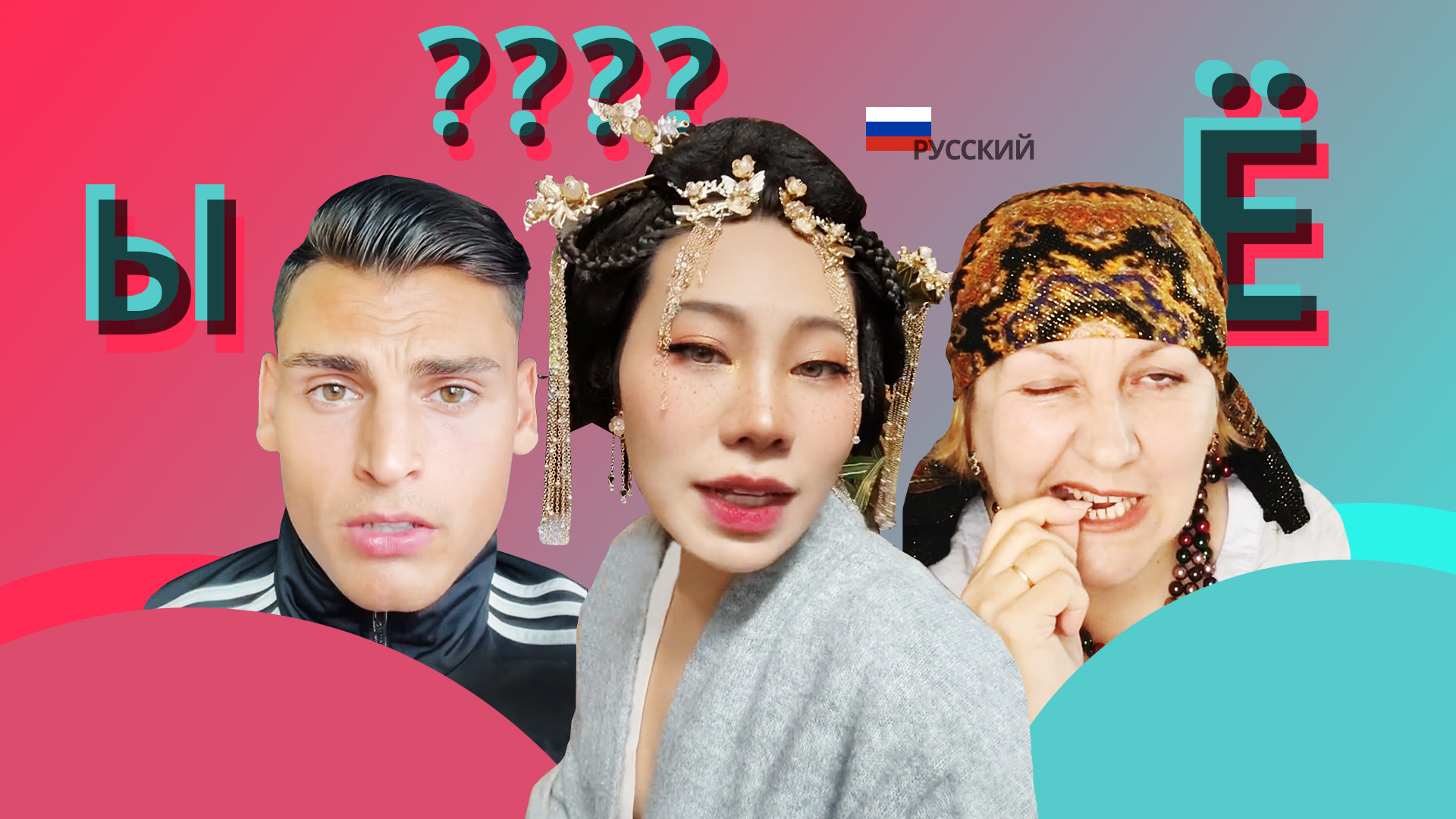 Kira Lisitskaya (Photo: eduard_martirosyan; garazlubov_ege; yanggemadeinchina/tiktok.com) A Chinese-born actress, a fortune-telling teacher and a gopnik (lowlife) are just some of the TikTokers who unravel the complexities of the Russian language and teach you a few conversational phrases.

“A kozel (billy goat) and a koza (she-goat) are the same animal of different sex, right? So could an educated Russian please explain why, then, an osel (donkey) and an osa (wasp) are completely different animals?!” complains Yang Ge.

Ge lived in China for 20 years, then moved to Russia, where, in 2010, she entered the Gerasimov Institute of Cinematography and, two years later, joined the troupe of the Gogol Center under director Kirill Serebrennikov. She has starred in such Russian movies as ‘Mathilde’ (2017) and ‘Flight Crew’ (2016). Ge also made her own feature-length movie titled ‘Nu’, about a Chinese woman’s search for love in Moscow and even took part in the Russian version of ‘The Voice’.

In her ‘Unbearable Russian Language’ section on TikTok, she talks about her experience of learning the Russian language, including some quirky rules and exceptions that have always puzzled her. Why, in Russian, do forks and spoons “lie” but a glass “stands” and why do “the kettle didn’t cool down for ages” and “the kettle cooled down for ages” mean the same thing? Such questions are chin-scratchers even for seasoned Russianists.

Three students meet up: American, British and Russian. The American and the Brit ask the Russian:

“How do you say ‘strawberry’ in Russian?”“Klubnika.”“Blueberry?”“Chernika.”“Oh, ‘ika’ must mean ‘berry’! Raspberry?”“Malina.”“Where’s the ‘ika’ bit? Cranberry?”“Klyukva. And before you ask, ‘gooseberry’ is kryzhovnik.”

Her videos start out as comedy, but end in tragedy (for Russian learners). In this short-skit format, Anastasia, a tutor of English and German, explains to foreigners the joys of Russian endings, cases and declensions.

She explains that tsvet means “color” while tsvety means “flowers”, that ukha is a soup, but ukho an auditory organ and how the stress of a word can completely change its meaning.

“I have foreign friends who I help with Russian. Brave guys. They find it difficult to understand verb conjugations, plural noun declensions and, of course, cases,” Kovtun says.

A woman sits at a table wearing a patterned shawl, bright earrings and beads. With a serious expression, twirling her fingers over a colored ball-shaped lamp, she utters:

“You have problems… I see, I see! Your bill is neoplOchenny (“unpOid”), but it should be neoplAchenny (unpAid).

Dressed as a fortune teller and sometimes as a rapper or a judoka, 55-year-old Russian language teacher Lyubov Garaz teaches the basics of the Russian language and talks about the most common mistakes her students make when preparing for exams.

“If a student stumbles over a rule, I say to them: ‘I have a TikTok video about that, go and watch it.’ They come back and say: ‘Thank you! I nailed it in 15 seconds,’” says Lyubov in an interview with the website godliteratury.ru.

A young woman with red lipstick and austere black glasses teaches beginners the main basic Russian words and phrases: greetings, thanks and pronouns.

Hanna also explains how to pronounce the letter ‘Ы’, what it means when a Russian literally says, “No, yes, probably,” and teaches all kinds of Russian cuss words. Well, her channel is labelled 18+, so what did you expect?

This young, brash guy in an Adidas tracksuit, who describes himself as a Russian Armenian, says he moved to the United States in 2010, when he was 12 years old.

Since 2019, in the guise of a dead-eyed gopnik, he has been explaining how English letters sound in the Russian alphabet, how popular American names are pronounced in Russian, as well as how the Russian words for “fact” (fakt) and “shield” (shchit) sound (a bit) like “f*cked” and “sh*t”.

In addition, Eduard records skits about “typical” life in Russia and has great respect for Putin — a video of him saluting the Russian president has picked up more than 40 million views on the social network.

If using any of Russia Beyond’s content, partly or in full, always provide an active hyperlink to the original material.

‘My child was there, all alone — that’s all I could think about’ In a heart-wrenching excerpt from her book, Russian activist Anastasia Shevchenko recalls losing her daughter while under house arrest

How Moscow has been decorated for New Year 2022 (PHOTOS)

Ufa Woman Learns Midtrial That Her Bank Cards Are Frozen Due…

Doyle New York: Russian Works of Art Sale on 19 May

‘Before 1968, we had nothing against Russia or the Soviet…