Russia-Ukraine conflict: How the showdown between neighbors came to be 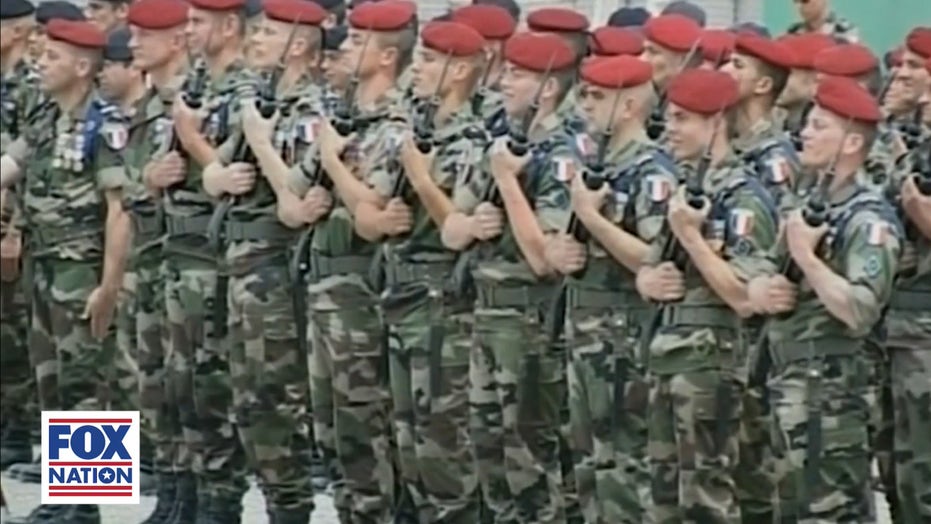 Rising tensions between Russia and Ukraine have the entire world in a chokehold — but how did this rivalry of neighbors all begin?

But the fall of the Soviet Union centuries later was the ultimate turning point, bringing freedom to Crimea and Ukraine – a nation that had differentiated itself from Russia with European influence and “national feelings,” Satter said.

The scholar explained that multiple treaties were signed with Ukraine, all of which validated the existing borders with Russia and Crimea. Meanwhile, the communist governments of former Eastern European satellite countries were overthrown and granted independence, including East Germany which was reunited with the west at the destruction of the Berlin Wall.

FILE – In this Friday, Nov. 10, 1989 file photo, hundreds of Berliners climb on top of the Berlin Wall at Brandenburg Gate in Berlin, demanding in a peaceful protest that the wall will be pulled down. (AP Photo/File)

The countries in the belt between Germany and Russia soon recognized their need to join NATO, Satter said, as they stood vulnerable if Russia were to regain power again.

“Russia objected but the United States insisted that any country is free to join NATO,” he said. “That it’s a decision to be made by that country itself.”

But, according to Satter, Russia was insistent about Ukraine not joining NATO and would consider it a “provocation” if the union were to take place.

NATO allies began to back off from encouraging Ukraine and Georgia to join and even declined to extend an invitation to both countries at the Bucharest Summit in 2008.

“This was, to a certain extent, a reaction to Russian pressure – but the Russians reacted almost immediately with an invasion of Georgia,” he said. “Which could be interpreted to be a demonstration that NATO made a mistake by not establishing a strong position that it would protect these countries against external aggression.”

Since then, there have been no efforts to recruit Ukraine or Georgia as NATO members; only efforts to uphold friendly relations with the United States. Satter explained that extending membership to Ukraine could be a possibility in the future, but “nothing more.”

“And, in fact, nothing has changed recently,” he said. “There was no move, whatever to make Ukraine a member of NATO at the time that Putin began making his threats.”

Presently, Russia has built up its military at the Ukrainian border and has prepared necessary equipment for invasion. Even though the Ukrainians are determined to resist, if necessary, Putin’s position to launch a war is “unpredictable,” Satter said.

To learn more about the history of the Russia-Ukraine conflict, subscribe to Fox Nation and watch  “Fox Nation 101: Ukraine Crisis” today.

Fox Nation programs are viewable on-demand and from your mobile device app, but only for Fox Nation subscribers. Go to Fox Nation to start a free trial and watch the extensive library from your favorite Fox News personalities.

Carpenter: Russian Security Proposals Are Slippery Slope To World Where ‘Might Makes Right’

UK warns of ‘unprecedented sanctions’ against Russia as…

Russia To Increase Gas Supplies To Europe Starting Next…