President Biden’s first overseas trip will be a test of his foreign policy as he is set to meet with G-7 leaders, participate in the NATO summit and end his trip by meeting with Russian President Vladimir Putin. Fox News contributor Karl Rove called on the president to be tough with Russia and warned Putin may try to “push him around.”

BIDEN’S EUROPE TRIP: PRESIDENT’S SCHEDULE, MEETINGS AND EVERYTHING YOU NEED TO KNOW

KARL ROVE: What really matters is what is he proposing to say in that meeting? Because it’s time to be tough with Putin, and the administration’s first major policy statement towards Russia was not tough. It was to grant them the right to continue to build the Nord pipeline, Nord 2, which will supply cheap Russian gas to hook Germany and thereby influence the internal politics of Europe at its center.

So let’s see how tough he is in this meeting. I hope he’s awfully tough because Putin is taking his measure. Not only of the president, but of the president’s people. And he’s going to make a judgment about whether this administration is going to be easy to push around. And if he makes that judgment, he’s going to then proceed to push him around. 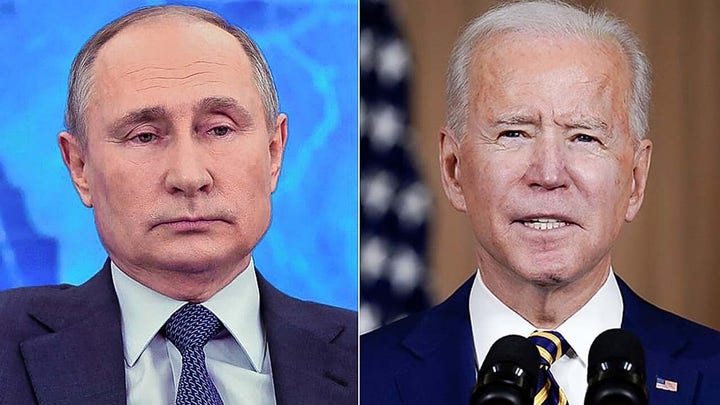 Not up to snuff Forbes Russia source reveals new details of…