Rep. Adam Schiff, D-Calif., called for the U.S. to play offense, not just defense, amid the rising threat of cyberattacks.

“I think we do have to go more on the offense,” Schiff told “Face the Nation” on Sunday. “That means when we identify cyber groups that are working in conjunction with foreign states, that we treat them as an arm of the state. And we use our cyber-capability to destroy or disrupt the infrastructure they’re using, and to raid whatever funds they’re accumulating from these attacks. Does that yield to greater instability? Very possibly, because we would be taking action against foreign parties.”

Schiff is chair of the House Permanent Select Committee on Intelligence. He’s also one of the most high-profile Democrats who pushed the Russian collusion narrative.

“[Russia] is still trying to sow division and discord. I think they may have been deterred somewhat from crossing further lines during the last presidential election because they recognized that were Joe Biden to be elected, they would have to pay a price for it, and they have. But that doesn’t mean they wouldn’t intervene in the next election. We can expect they’ll use certain tactics, like social media, to help favored candidates. But I do think they’ll be a little more risk-averse when it comes to overt things, like hacking institutions,” Schiff said. “They have to know that would prompt a very serious response from this president, unlike what we have had over the last four years.”

on Wednesday. Biden told reporters he gave Putin a list of 16 critical infrastructure entities that are “off limits” to a Russian cyberattack. Biden’s list effectively gave the Russians a green light to target everything not on that list without facing serious repercussions, national security experts and senior Republicans told Fox News. 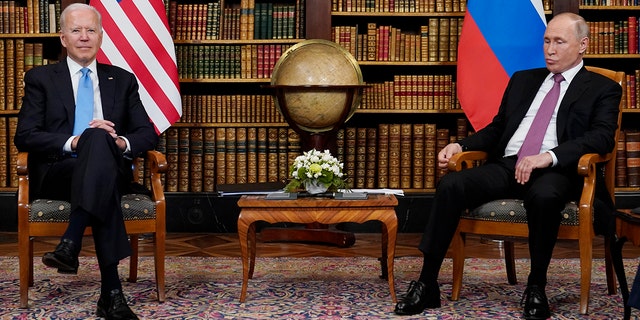 “I talked about the proposition that certain critical infrastructure should be off limits to attack — period — by cyber or any other means. I gave them a list, if I’m not mistaken — I don’t have it in front of me — 16 specific entities; 16 defined as critical infrastructure under U.S. policy, from the energy sector to our water systems,” Biden said.

Schiff said Sunday that Putin has no plausible deniability regarding cybercriminals harbored in Russia.

Russian cybercriminals are believed to be behind a pair of recent cyberattacks targeting the Colonial Pipeline and meat-processing company JBS Holdings. Both companies paid multi-million dollar ransoms to regain access to their systems.

Recycling of Forms: group show on 23-30 July in Paris