We continue to cover Russian idioms that make you say “What?” even though you are 99% sure you have heard them before. For Part I see here. 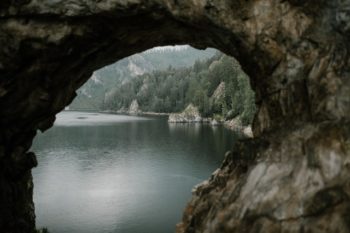 Definition: to be forgotten or to be long gone, to disappear.

No, unfortunately we are not talking about summer (лето). Nor is this idiom about someone’s age, even though to say “I’m 25” in Russian would be Мне 25 лет. With this idiom, we are going south-west of Russia, to ancient Greek myth where река Лета (river Lethe) symbolizes the river of forgetfulness in Hades’ underworld. What about ‘кануть’? According to Wikipedia, it’s an archaic word for капнуть or fall as in a drop. Its more poetic meaning is to disappear into the unknown and there are three variations of this idiom that all mean the same thing: “кануть в вечность”, “кануть в воду”, и “кануть в лету”. In other words, this beautiful phrase evokes images of literally falling into ‘a place’ (usually body of water) of oblivion.

Many idioms originated from phrases that used to be literal and попасть впросак is believed to be one of those. Its current figurative meaning is to find yourself in a complex or tricky situation. Before that, it was попасть в просак, in which просак was a rope making machine. Imagine if your hair or clothes got all tangled in those twisting ropes – it would be very difficult to get untangled!

I don’t want to make a fool of myself again before the whole school! 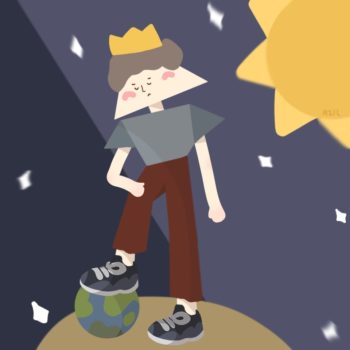 Have you ever met a person who thought they were the center of the universe? Про такого человека можно сказать: «То же мне, пуп земли нашёлся!» which would roughly mean «Do you think the world revolves around you?»

Пуп might seem very familiar to you if you have learned some Russian body parts vocabulary. What is the Russian word for ‘bellybutton’? Пупок! Пупок is a diminutive of пуп, which figuratively means ‘the center of something’ or ‘a navel’. Ancient Greeks believed ‘navel of the universe’ to be in Delphi, where they even put a holy stone called the omphalos. In my opinion, that phrase packs double the sarcasm because calling a narcissist “the bellybutton of the earth” in Russian hints at them having a bunch of bellybutton lint. For more Greek references in Russian read this wonderful blog by Maria. 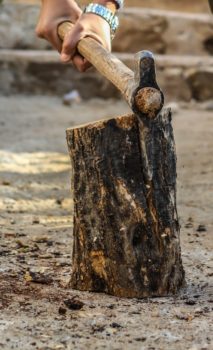 Definition: do something to a T or spot on; exactly right; precisely correct

Monty Python’s Lumberjack song has never fit a Russian idiom so perfectly! The most popular theory about the origins of this idiom is that ‘тютелька’ from the word ‘тютя’ meant ‘a hit or a blow’. When дровосек попадал топором в одно и тоже место, люди говорили «он попал тютелька в тютельку» (a lumberjack hit his axe in the exact same spot twice, people would say, “His axe blow was spot on”). Today, people use тютелька в тютельку for all sorts of precise actions.

Definition: ни с того ни с сего (do something out of nowhere; out of the blue, on a whim)

He arrived out of the blue!

Бухты is most likely derived from the sound БУХ for when someone or something falls. My little sister even used to say “А я буха” (A я упала) as in “I fell”! Барахты comes from the verb барахтаться or to splash around in the water, most often from inability to swim. Combine the two and you get the perfect image of someone helplessly falling in the water and flopping around. With time, the phrase became associated with actions that weren’t given much thought and things that happened out of nowhere.

Further reading if you would like to get more onomatopoeia-tic!

More Russian onomatopoeia or is it

What other Russian idioms have you heard before but were confused about their origins?

Biden Predicts Russia Will ‘Move In’ To Ukraine

The Real Russia. Today. The history of Memorial

Blinken To Visit Ukraine Next Week Amid Heightened Tensions…