The 9th International Contemporary Art Fair Cosmoscow will be held in Moscow Manege on September 18–20, 2021 will have 80 participants, including 16 international galleries. This is a historic maximum for the fair. The visitors of Cosmoscow 2021 will get acquainted with galleries from Austria, Argentina, Belgium, Bulgaria, Estonia, France, Germany, Georgia, Hong Kong, Norway, Poland, Russia, Switzerland, the United Arab Emirates. 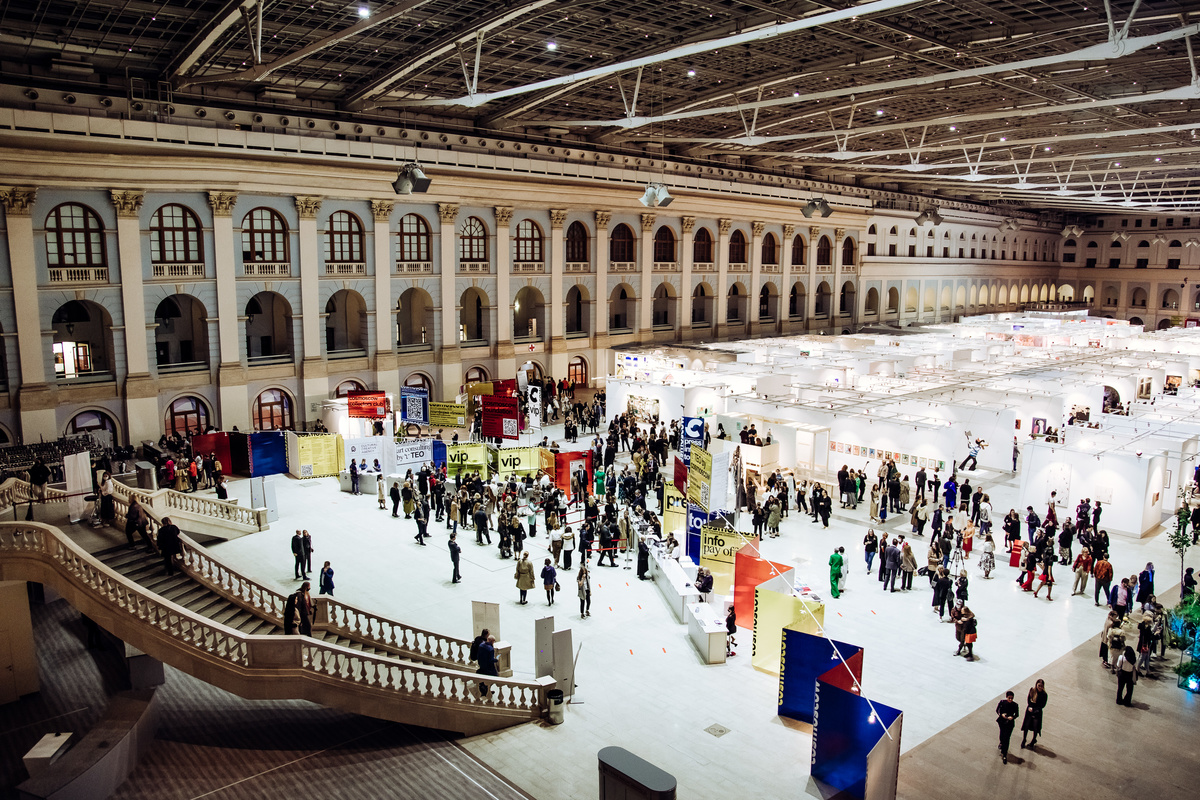 Pearl Lam Galleries (Hong Kong) makes its debut at Cosmoscow, it plays a vital role in building international dialogue and leads to cultural exchange between East and West. In an effort to satisfy the demanding taste of the wide audience and collectors, the gallery has chosen a strong international team. The booth will feature several landmark works by Zhang Huan, which were previously exhibited at the State Hermitage, as well as a new large-scale work by the renowned Mr. Doodle that has been created specifically for the fair. The gallery owner Pearl Lam will bring to Moscow the Japanese-British duo Studio Swine, working at the junction of art, design and architecture; African artist Zanele Muholi whose exhibition has been recently held at the British Tate Gallery; and Antony Micallef, twice winner of the BP Portrait Award, one of the most prestigious competitions in contemporary art.

Peres Projects (Berlin) takes part in the fair for the third time, and the founders of the gallery Javier Perez and Nick Koenigschnecht are members of the Cosmoscow expert council. The gallery will present works of Adriana Minoliti, the main project participant at the 58th Venice Biennale, and such artists as Donna Huanca, Manuel Solano, Shota Nakamura, Paolo Salvador and Rebecca Ackroyd. 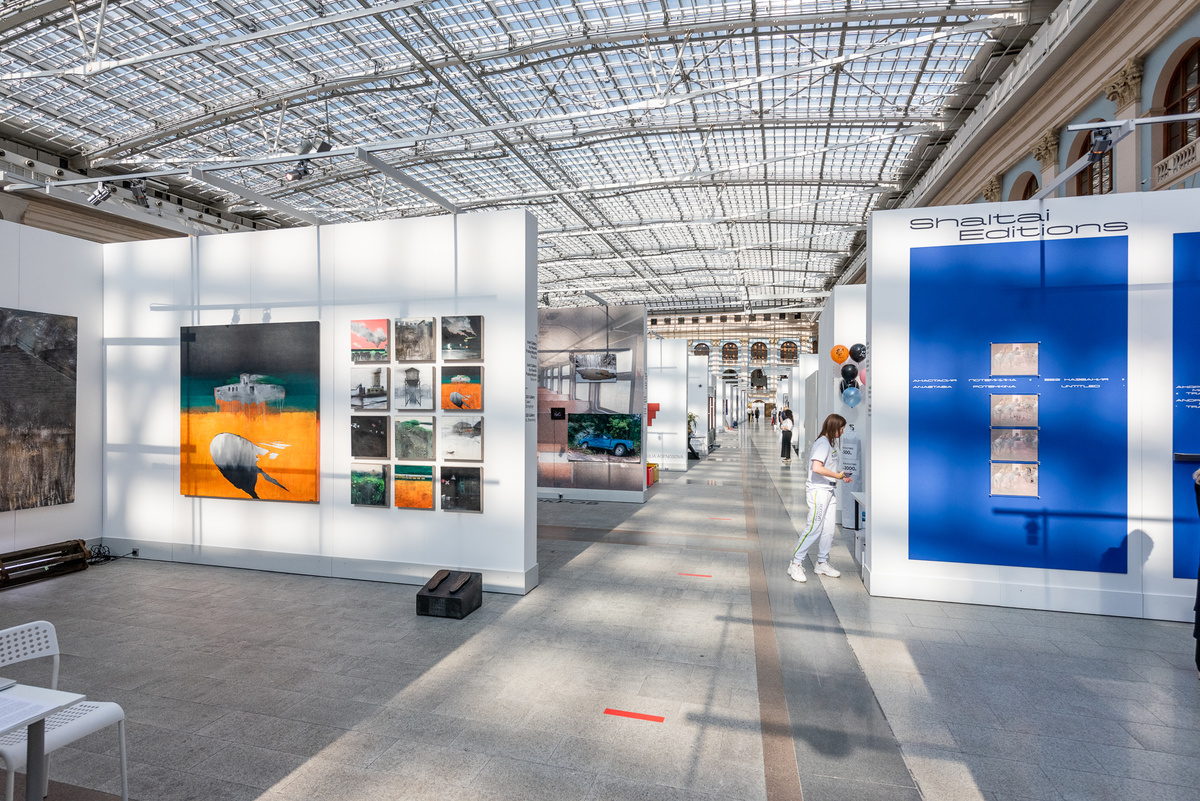 Another representative of the expert council is Olga Temnikova, co-founder of Temnikova & Kasela Gallery (Tallinn). Her choice for the gallery booth are works by Olga Chernysheva, Sonya Yakovleva, Jaanus Samma, and Tommy Cash, who is better known as an Estonian rap singer.

The DIEHL Gallery (Berlin), which joined the Cosmoscow fair from the very start in 2010, will expose the works of Martin Razkal, KP Bremer, Olga Chernysheva and Amelie Esterhazy.

For the second time, Cosmoscow hosts the Quimera Gallery (Buenos Aires) presenting five young Argentine artists, each one hoping to make a career both locally and internationally: Alejandro Pasquale, Franco Fasoli, Hernan Soriano, Manuel A. Fernandez and Valentina Ansaldi, whose works were acquired for MMOMA at Cosmoscow 2019.

The new member of Cosmoscow is Studiocur/art (Paris), a platform founded by curator Karina El Helou in 2015. Its contemporary art exhibitions in historical buildings help achieve a unique interaction between artists and the audience. The booth will feature works by conceptual artist Laurent Grasso, photographer and filmmaker Nadim Asfar, sculptor Theo Mercier and painter Tom Ellis.

Ayyam Gallery (Dubai) is another debutant at the fair. Among the selected participants are the Palestinian photographer Rula Halawani, the Iraqi-Palestinian artist Sama Alshaibi, multimedia artist Sadiq Alfraji from the Netherlands, Samia Halaby with her abstract paintings and Safwan Dahul presenting figurative monochrome canvases.

Many galleries will present the works of artists involved in the projects of the Cosmoscow Foundation for the Support of Modern Art. XL Gallery (Moscow) chose the work of Artist of the year 2021, Irina Korina, along with the works of Ekaterina Muromtseva and Alexander Povzner. The a-s-t-r-a (Moscow) booth hosts artworks of Maria Agureeva, the winner of Ruinart Art Patronat 2019, as well as Oksana Mas, Dima Hunzelweg and Dishon Yuldash. The scene/ szena gallery (Moscow) will present metal compositions by Igor Samolyot, the participant of several programs of the Cosmoscow Foundation, whose works were intended for the fair specifically. They refer to the artist’s renowned installations. Visitors will also see the works by Akhmat Bikanov and Yevgeny Dedov.

There are also several galleries focused on photography. The exhibition of the Lumiere Gallery (Moscow) includes photos of the young and prominent American fashion photographer Rob Woodcox with his surreal compositions of human bodies, magnetic architectural views by Paul Bruns and ‘Flying Houses’ by Laurent Scheer. In addition, for the first time in Russia, the gallery exposes portraits of exotic birds from the ‘Meditations’ series by Alice Zilberberg, as well as dramatic floral still life prints by Anna Halm Schudel.

At the booth of the Glaz Gallery (Moscow), along with the works of the legendary Alexander Rodchenko, the visitors will see the works of the young photographer Zhenya Mironov and the Asya Gorbacheva and Sakhir Umar duo. The new PENNLAB Gallery (Moscow) will emphasize the promotion of modern Russian photographers by inviting Alexander Gronsky, Igor Elukov, Nikita Pirogov, Peter Antonov, Anastasia Zider and Dasha Trofimova to participate.

V biblioteke (at the library)

Russia claims it will begin talks with US and Nato

The Week In Russia: A Mine Disaster And A…

‘We are a family’ President Volodymyr Zelensky’s speech…