Biden projecting ‘weakness and not strength’ on China in wake of Afghanistan withdrawal: McCaul 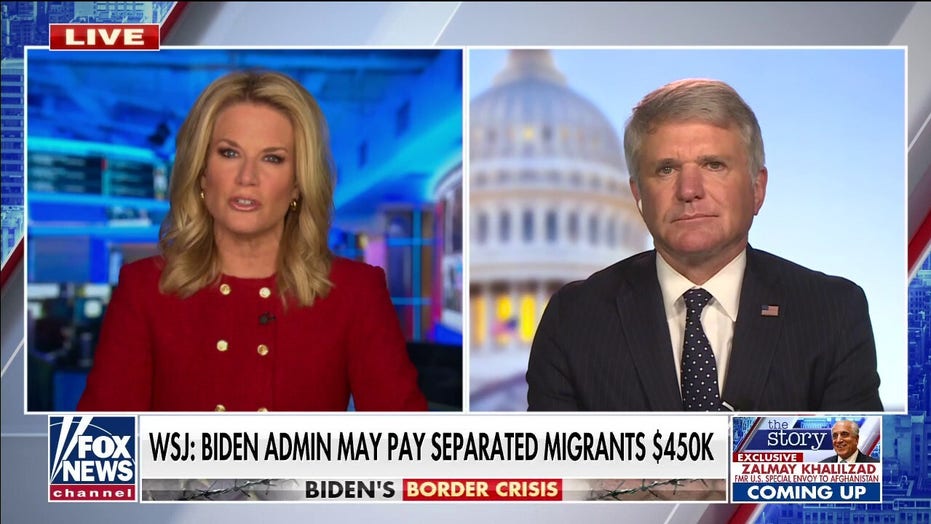 Rep. Michael McCaul, R-Texas, the ranking member on the committee, spoke exclusively with Fox News following his remarks on a panel at the Aspen Security Forum in Washington, D.C. Thursday.

He called the Biden administration’s Afghanistan withdrawal “one of the biggest foreign policy crises that I’ve seen in my tenure in Congress,” pointing to the long term ramification of giving China a way into the country. “And we know that China is in Afghanistan,” he warned. 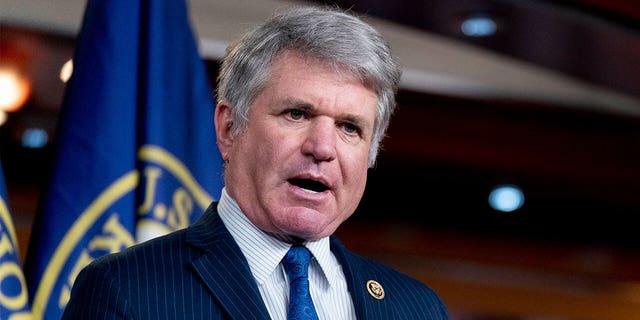 “And my prediction is they’re going to take over Bagram [Air Base], which was really our eyes and ears in terms of insider capability, intelligence, surveillance, reconnaissance. Now we have no eyes and ears on Russia, China and Iran, and the idea that China is going to actually take over Bagram is a real, real slap in the face.”

Security experts have warned that the United States’ abrupt and deadly departure from Afghanistan could embolden its adversaries, particularly China, to become more aggressive towards other nations in the region.

However, when asked about whether he thought China was preparing to make a move on Taiwan within the near future on Wednesday, the Chairman of the Joint Chiefs of Staff Gen. Mark Milley said he didn’t believe China would make any move to attempt to annex Taiwan within the next 24 months. 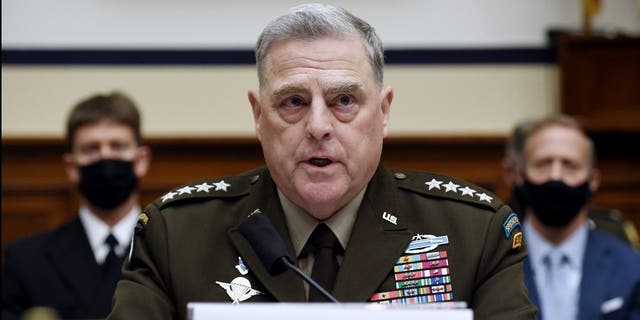 Chairman of the Joint Chiefs of Staff Gen. Mark A. Milley testifies before a House Armed Services Committee hearing on the conclusion of military operations in Afghanistan at the Rayburn House Office building on Capitol Hill on September 29, 2021 in Washington, D.C. (Photo by Olivier Douliery – Pool/Getty Images) (Olivier Douliery – Pool/Getty Images)

“Based on my analysis of China, I don’t think that it is likely in the next, near future being defined as the next six, 12, maybe 24 months … Having said that, though, the Chinese are clearly and unambiguously building a capability to provide those options to their national leadership if they so choose at some point in the future,” Milley said at the Aspen Security Forum.

McCaul disputed Milley’s assessment, telling Fox News on Thursday that the threat against Taiwan from China is “very real.” In addition, he said the two-year prediction by Milley “is very generous,” especially in the aftermath of the Afghanistan withdrawal and weak positioning of the U.S. on the world stage.

“I think two years is very generous, I think, after Afghanistan, if anything, President Xi sees weakness, not strength, as does Putin with the Baltic States and Ukraine. And he’s projecting this, President Biden is projecting weakness and not strength, and the [Chinese] know this and it is part of their long term plan.”

The Texas congressman pointed to China’s invasion into Taiwan’s air space and the recent launch of a hypersonic missile, which he said is built on American technology and is “frightening” because it can evade U.S. missile systems. It is also capable of carrying a nuclear warhead, he said.

McCaul explained that the Chinese now have a competitive advantage on hypersonic over the U.S., which sold them the technologies, which, in his opinion, “makes it even worse.”

Last week during an interview, Biden vowed to protect Taiwan from any hostile action by the Chinese, saying “we have a commitment to do that,” but his statement was quickly walked back by the White House.

ANTONY BLINKEN: US WILL SUPPORT TAIWAN AGAINST CHINESE AGGRESSION

The 1979 Taiwan Relations Act commits the U.S. to support Taiwan, including providing it defensive capabilities, but not necessarily to engage in a military conflict. 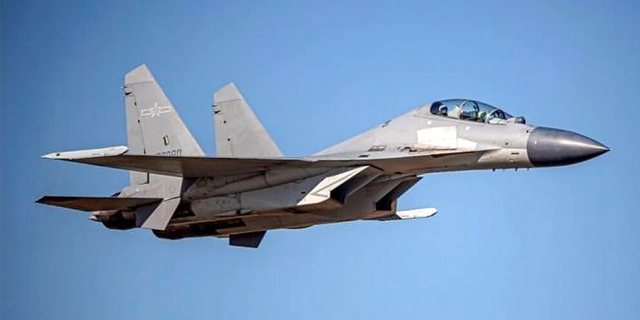 McCaul said that the Biden administration’s weakness on the foreign policy front is “inviting aggression” from America’s enemies, including China and Russia, who he predicts are going to get provocative.

“I think they’re going to get aggressive. And if there’s no deterrence, if they don’t see that deterrence and the president keeps making comments like this, he’s really inviting aggression,” said the congressman.

“And I think [Biden] will go down as one of the worst presidents in terms of foreign policy because of what the long term consequences are of what’s happening right now.”

Kelly Laco is a news and politics editor for Fox News.

Russian source for Steele’s Trump dossier arrested by US authorities

‘There’s nothing to say but obscenities’ The founder of…

Pentagon: Russia buildup on Ukraine border is largest since…

Ex-Giuliani Associate Fruman Sentenced To One Year In Prison